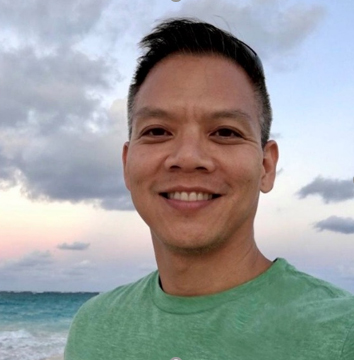 Co-Founder, Chairman of the Board

Bruce Loshusan is a real estate developer, entrepreneur and gourmet-food distributor. His Coconut Grove residence is his strategic base for managing his wide range international investment portfolio. His current projects include the restoration and development of The Potlatch Club, a boutique hotel on 12 acres of pink sand beach in Eleuthera, Bahamas, slated to open in late summer of 2021. He has a 13 acre, mixed-use commercial development in Kingston, Jamaica with leading, performance-based, Chicago architects, Adrian Smith + Gordon Gill, which he believes will redefine sustainable architecture and design in Jamaica and be a beacon of hope and inspiration for future generations of young Jamaicans. He was an integral part in the development and construction of Sovereign North plaza in 2012 and in the development of Sovereign Village in Portmore in 2014.

Bruce took his vision abroad with Loshusan & Company in London, which since 2014 opened and operates Amorino UK, a fine, Italian gelato franchise that established the Italian company’s presence in England. He also has overall operating responsibility for the family’s retail food business as Chairman of the Board of Kenneth Loshusan & Sons, and a Director of Progressive Grocers of Jamaica, the largest supermarket chain on the island, comprised of 29 stores island-wide. His principal retail stores include John R. Wong and Loshusan Supermarket, winner of the Jamaica Observer’s Table Top Award for “Total Shopping Experience” eight times in the last ten years. A graduate of New York University with a B.A. in Classical Literature of Western Civilization (Magna Cum Laude) with a Minor in Business Administration and Photography, he is also a recipient of the NYU Founders’ Day Award for academic excellence. A known patron of arts and culture, he was recruited to serve on the Board of Advisors of Miami’s Museum of Art and Design since 2014, which is currently housed in Miami’s Freedom Tower. His proudest accomplishment to date, however, has been the birth of his twins, Sofia and James, in late 2018. 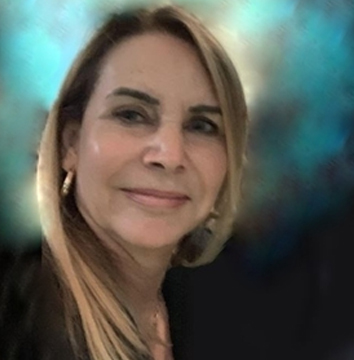 Rose Pujol qualified, owned and operated various construction companies and managed real estate investments that included private equity placement. She is a former VP for NICO, a publicly traded construction company which had offices in 13 states, London and Paris. Her focus and strategic analytic skills qualify her to steer through complex legal and investment transactions. Her passion for creating lives of value for the most vulnerable is the motivation behind her background as a human rights activist. This led her to having an active role in the corporate governance of various non-profits, including the Sunrise Group of Companies. Since 2004, Rose serves on the Governance and Finance Committees of Sunrise, one of the largest, private 501 (c) (3) not-for-profit organizations in the country dedicated to serving more than 3,000 people with intellectual and developmental disabilities, across seven states. She finds joy in the team collaboration involved in community service and is strongly committed to her current activist role as co-founder of non-profit B.I.G.

“Cultivating our team member’s diverse backgrounds, talents and perspectives is what gives us an edge in promoting B.I.G.’s initiatives. Our concept behind the #STOPGroveGridlock campaign is that more traffic means the loss of our most personal measurable resource, our time and money.” Rose was as comfortable navigating the halls of DC Congressional office buildings lobbying on behalf of Cuban human rights issues, as she was crossing into Haiti from the D.R. less than a month after the devastating 7.0 magnitude earthquake struck Haiti on January 12, 2010. On behalf of the General Consul of the Haitian Consulate in Miami, she was at the Le Cayes Port in time for the delivery of approx. 1,000 tons of relief supplies collected by Miami organizations. When Drivers of a convoy of over 75 trucks became contentious, she quickly arranged to have local T.V. news press interview the mayor as his fleet of canoe vessels unloaded the aid. “Haiti was a hands-on lesson that to ultimately achieve the greatest good for all stakeholders, conflict resolution must compel those in charge to step up and lead.” 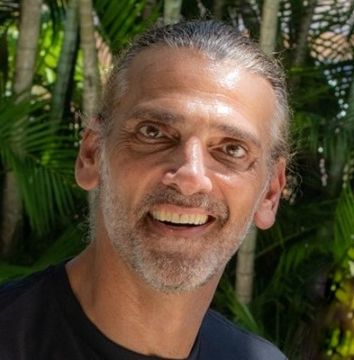 Director / Co-Chairman of the Board

Isaac Kodsi is a real estate attorney, an entrepreneur and former professional athlete. He served as a director and shareholder of a local community bank director and shareholder. Isaac founded a real estate firm, which provided loans and equity investments in multifamily projects as well as luxury single-family homes. During the 2008 Great Recession, he raised approximately $100M and purchased all RE asset classes, which resulted in a high percentage of successful loan modifications permitting borrowers to retain their properties.

Giving up is not an option to Isaac, after 2016 knee surgery, he developed a comprehensive rehab program and founded a new venture in the Wellness/Fitness arena. He recently launched Shake Backyard, which incorporates the outdoors and the Shake Program that he developed. His patent pending program is based on routines that infuse various disciplines to improve strength and flexibility and provide mental and physical health benefits. Isaac is committed to B.I.G.’s community resilience mission and believes that in light of our current health crisis, outdoor exercise solutions have never been more critical for a community’s resilience, ability to face adversity and to achieve long-term success. He frequently hosts B.I.G. events for our supporters to promote preservation, civic engagement and community building. 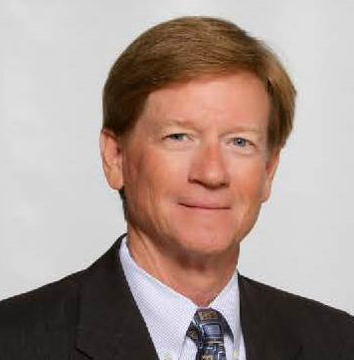 Bill Harvey is a CPA who in 2018 retired as the CFO of ILG, Inc., a public company in the vacation ownership and management space. Bill’s previous experience includes partner at Deloitte & Touche, which provides industry-leading audit, consulting, tax, and advisory services to 80 percent of the Fortune 500. Bill is a former CFO at Pan Am International Flight Academy, a former CFO at TrialGraphix, INC and held various senior level roles at LNR Property. Joining CRYC in 2009, he has served on the Audit, Finance, Membership, 401K and Youth Sailing committees as well as on the Board of Directors. He has been a Miami resident since 1966, and has lived in the Grove since 1991. His daughter Morgan, is a speech language pathologist who works with children with special needs and is a diehard Bama fan, and his son Shawn, a CRYC Youth Sailing graduate, is at Yale majoring in Economics and a College Sailing All American. 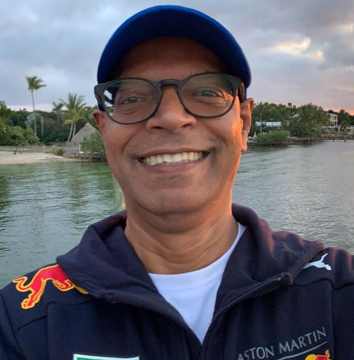 Born in Nairobi, Kenya to parents of Portuguese-Indian ancestry, Derick’s family was forced to flee Kenya when he was 10. Except for college, he has lived in Miami since 1969 and now lives in Coconut Grove with his wife Yvonne - both believe compassionate healing is the best way to give back in today’s uncertain world. In addition to volunteering at Camillus House, Derick is a long-standing member of the Knights of Columbus, which supports Catholic charity efforts worldwide and serves our local community.

Standing up for what is right is the driving force behind Derick joining B.I.G. in August of 2019 and committing to work tirelessly to denounce the private interests sabotaging climate resilience efforts of the City of Miami. In 2017, Derick founded Citizen’s Against Triple Taxation and quietly raised over $200k as part of a coalition effort by owners who opposed the unwarranted annexation of unincorporated commercial property by the city of Miami Springs. His background working at the county value assessment board allowed him to zero in on the adverse impact of adding another private school to the Grove. Derick pointed out the lost revenue tax burden created by already having 13 schools will make it even more difficult for the City of Miami to improve climate resilience efforts. He is committed to parley the experience and background to develop a B.I.G. vision that leaves no one behind. 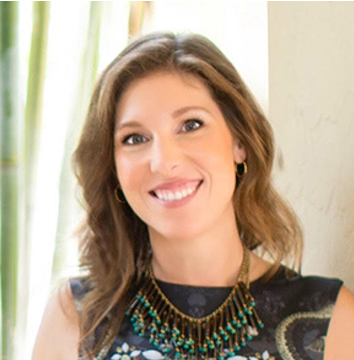 Rachel Cardello is an architect and member of the Coconut Grove Village Council where she serves on the Housing and Zoning Committee and is director of the Civic, Culture, Parks and Green Spaces Committee. Rachel’s background includes architectural experience in New England prior to moving to Miami and serving as a principle in charge of project delivery. For Rachel, her favorite part of her job is also the most challenging. “In my business, you NEVER know what the day is going to bring,” she says. Fittingly, when she was growing up, she always dreamed of being a professional LEGO Builder. “My father was a contractor and my mother an artist, so it only made sense to find ways to marry those two passions,” she says. As a managing principal who grew her practice to over 100 professionals, team building, partnering, and facilitating are the cornerstones of her achievements and most personally rewarding. “I always put good out into the universe with the hope that good will come back,” she says. “I definitely believe in karma.” 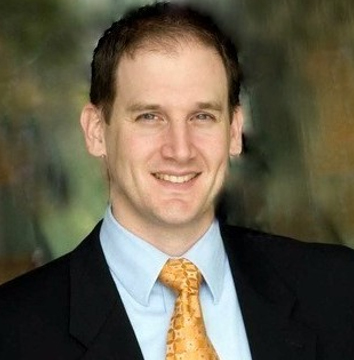 Alexander Moskovitz is a founder and Managing Director of ARMOS Investments, a multi sector real estate investment firm. He is also Co-President & Chief Financial Officer of Association Financial Services, LLC, a specialty finance company and collections agency to the condo and homeowner association market. He previously worked as a Principal at HIG Capital, a leading middle market private equity investment firm focused on making investments between $5-$40M in equity financing. Mr. Moskovitz holds an M.B.A. degree from The Wharton School at The University of Pennsylvania where he graduated as a Palmer Scholar (Top 5% of class), and a Bachelors of Science degree from Massachusetts Institute of Technology. 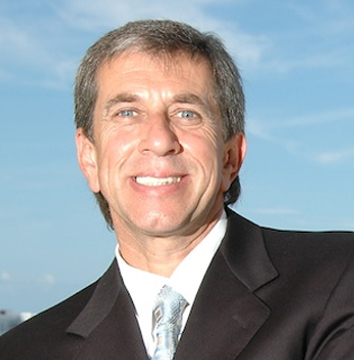 Fabian Garcia-Diaz is principal of the top producing team FGD Group at ONE Sotheby's International Realty. As an industry leader in the marketing and sales of waterfront homes and luxury condominiums, he has been awarded Top Producer and Top Lister consistently for the past thirty years in South Florida. Fabian was recently nominated as one of the Top 20 Realtors in the nation. He credits his long standing career in real estate to his strong and trustworthy relationships with clients, support staff and prospects. Fabian prides himself on quality and personalized service. He listens carefully to develop the best possible strategy to satisfy his client’s needs. He is fluent in English, Spanish, Portuguese and Italian. Fabian utilizes his personal network of local and international agents, a personal marketing plan, and the international network of Fortune International Realty to gain access worldwide. Fabian’s clients have included Heads of State, CEO’s, Nobel Prize winners, Spiritual Leaders, celebrities, musicians and actors from all over the world. 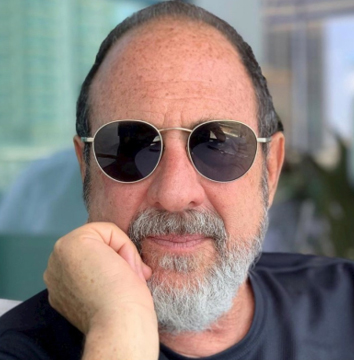 Scott A. Silver is an Attorney, Investor, Real Estate Agent, and Business and Real Estate Advisor, who has been involved in multiple roles in guiding companies throughout South Florida in the analysis of their legal and business issues. He has represented many major real estate investors, developers and brokerages, local, national and international, in handling their business prospects, creating new value, as well as working out significant problem portfolios. His unique perspective from both a legal and business background helps facilitate the most positive results. He has been involved in a variety of entrepreneurial ventures ranging from real estate development to health club start-ups to arts and cultural festivals. Scott A. Silver is also an experienced trial lawyer and real estate lawyer and is available to act as a mediator or arbitrator in matters involving business and real estate related disputes. Specialties: Real Estate legal services, investment, brokerage and advising. Serving as a mediator and arbitrator. Has the highest rating of AV from Martindale Hubbell legal rating service.

Bayshore in Grove is a 501c3, Non-Profit organization dedicated to the advocacy of smart growth strategies critical for climate resilience and for maintaining the unique sense of place that encourages the Coconut Grove “State of Mind”.

Its Easy and secure. To donate using your credit card